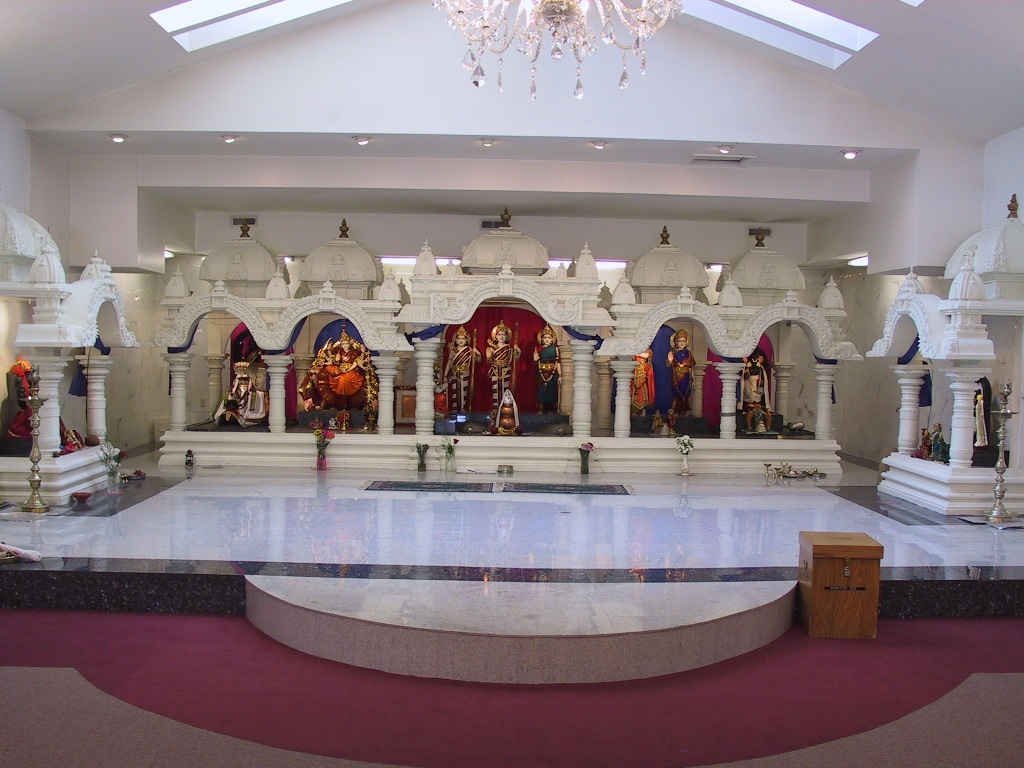 Deities at the Temple

The deities were installed in their present configuration at the time of their Prana Pratishtha (consecration) in June 1998, but have been at the temple for longer than that. The deity of Shri Ganesha was a gift to the Hindu community of Lansing in 1982 by Satguru Sivaya Subramuniyaswami of Hawaii. Shri Ganesha remained in the home of community members Sudhakar and Usha Kulkarni for ten years, before moving to the newly constructed temple in April 1992. All the other deities were received from India in the summer of 1994 and, along with Shri Ganesha, were installed in a temporary sanctum on October 2, 1994. During the Prana Pratishtha ceremony of June 10-14, 1998, they were permanently installed in the present sanctum, consisting of seven small sanctums (mandaps) designed by acclaimed architect Muthiah Sthapathi of Chennai and built under his direction by a crew of skilled workers. The Prana Pratishtha ceremony, a procedure prescribed by the scriptures to transform the murtis (idols) into living deities — a once-in-a-lifetime event for any temple — was a deeply satisfying event for all participants.