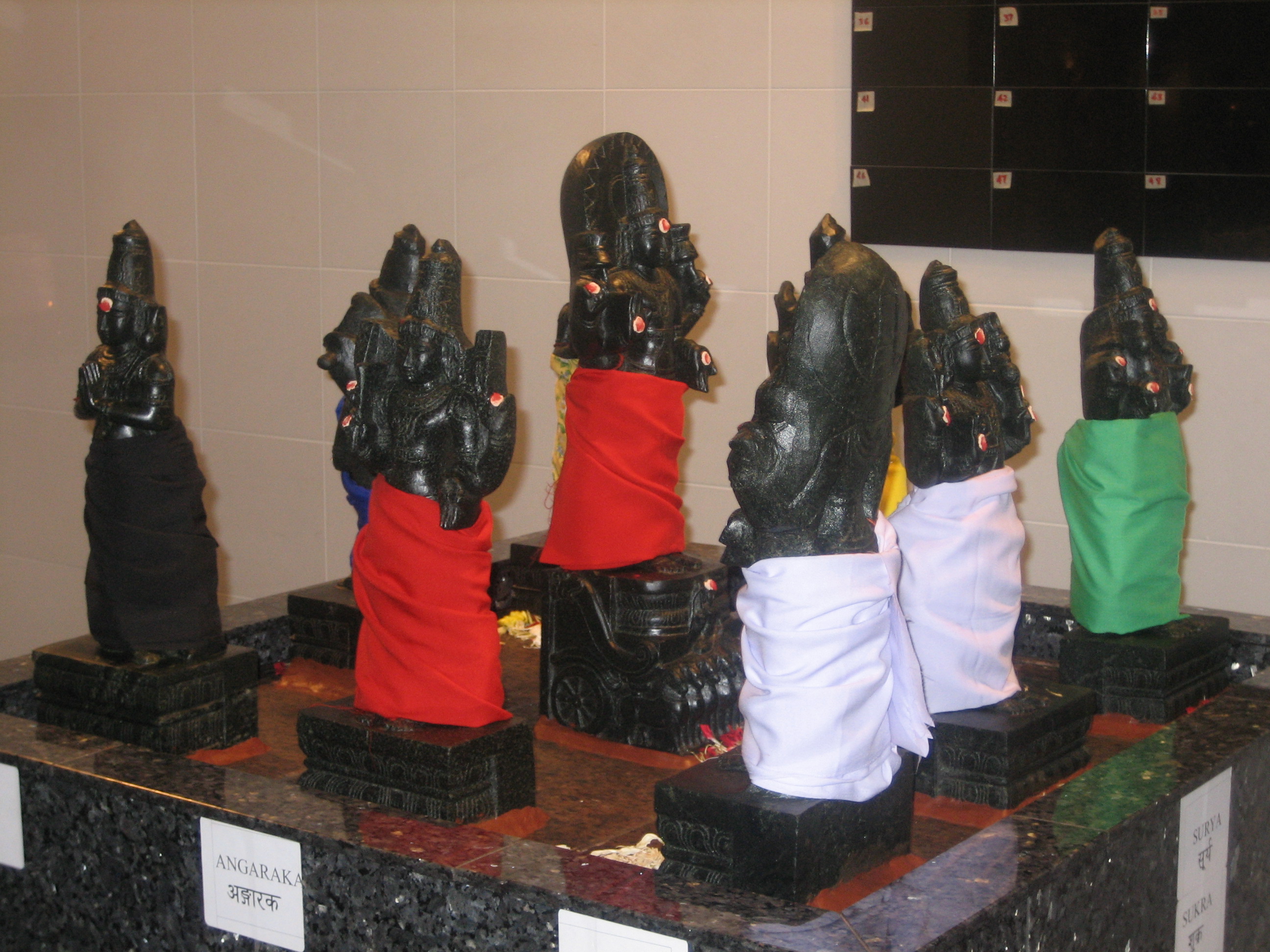 The temple has a side sanctum, opening from the main sanctum, for Navagraha Devatas, the nine planetary deities. They were consecrated in a 3-day ceremony over Independence Day 2006 weekend (June 30 – July 2, 2006). Prior to their consecration, they were in a temporary sanctum since September 2001.

The picture above shows the Navagraha Devatas. In the center is Surya (Sun). In the front corner of the picture is Chandra (Moon), and clockwise from there are: Kuja or Mangala (Mars), Rahu (northern nodal point of the moon), Sani (Saturn), Ketu (southern nodal point of the moon), Guru or Brhaspati (Jupiter), Budha (Mercury), and Sukra (Venus). As per tradition, no two of them face each other.